The Knights of Columbus was founded by an Irish-American Catholic priest, The Venerable Father Michael J. McGivney in New Haven, Connecticut. He gathered a group of men from St. Mary’s parish for an organizational meeting on October 2, 1881 and the Order was incorporated under the laws of the U.S. state of Connecticut on March 29, 1882 Though the first councils were all in that state, the Order spread throughout New England and the United States in subsequent years.

The primary motivation for the Order was to be a mutual benefit society. As a parish priest in an immigrant community, McGivney saw what could happen to a family when the breadwinner died and wanted to provide insurance to care for the widows and orphans left behind. He himself had to temporarily leave his seminary studies to care for his family when his father died In the late 19th century, Catholics were regularly excluded from labor unions and other organizations that provided social services In addition, Catholics were either barred from many of the popular fraternal organizations, or, as in the case of Freemasonry, forbidden from joining by the Catholic Church itself. McGivney wished to provide them an alternative. He also believed that Catholicism and fraternalism were not incompatible and wished to found a society that would encourage men to be proud of their American-Catholic heritage.

McGivney traveled to Boston to examine the Massachusetts Catholic Order of Foresters and to Brooklyn to learn about the recently established Catholic Benevolent League, both of which offered insurance benefits. He found the latter to be lacking the excitement he thought was needed if his organization were to compete with the secret societies of the day. He expressed an interest in establishing a New Haven Court of the Foresters, but the charter of Massachusetts Foresters prevented them from operating outside their Commonwealth. The committee of St. Mary’s parishioners McGivney had assembled then decided to form a club that was entirely original McGivney had originally conceived of the name “Sons of Columbus” but James T. Mullen, who would become the first Supreme Knight, successfully suggested that “Knights of Columbus” would better capture the ritualistic nature of the new organization.

The Order was founded 10 years before the 400th anniversary of Columbus’ arrival in the New World and in a time of renewed interest in him. Columbus was a hero to many American Catholics, and the naming him as patron was partly an attempt to bridge the division between the Irish-Catholic founders of the Order and Catholic immigrants of other nationalities living in Connecticut.  The Connecticut Catholic ran an editorial in 1878 that illustrated the esteem in which American Catholics held Columbus. “As American Catholics we do not know of anyone who more deserves our grateful remembrance than the great and noble man – the pious, zealous, faithful Catholic, the enterprising navigator, and the large-hearted and generous sailor: Christopher Columbus.”   The name of Columbus was also partially intended as a mild rebuke to Anglo-Saxon Protestant leaders, who upheld the explorer (a Catholic Genovese Italian working for Catholic Spain) as an American hero, yet simultaneously sought to marginalize recent Catholic immigrants.

In taking Columbus as their patron, they were sending the message that not only could Catholics be full members of American society, but were, in fact, instrumental in its foundation By the time of the first annual convention in 1884, the Order was prospering. In the five councils throughout Connecticut were 459 members. Groups from other states were requesting information. The Charter of 1899 included four statements of purpose, including “to promote such social and intellectual intercourse among its members as shall be desirable and proper, and by such lawful means as to them shall seem best.”

The new charter showed members’ desire to grow the organization beyond a simple mutual benefit insurance society.The original insurance system devised by McGivney gave a deceased Knight’s widow a $1,000 death benefit. Each member was assessed $1 upon a death and when the number of Knights grew beyond 1,000 the assessment decreased according to the rate of increase. Each member, regardless of age, was assessed equally. As a result, younger, healthier members could expect to pay more over the course of their lifetimes than those men who joined when they were older There was also a Sick Benefit Deposit for members who fell ill and could not work. Each sick Knight was entitled to draw up to $5 a week for 13 weeks (roughly equivalent of $125.00 in 2009 $ dollars.) If he remained sick after that the council to which he belonged regulated the sum given to him. 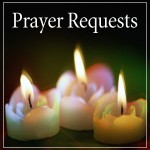